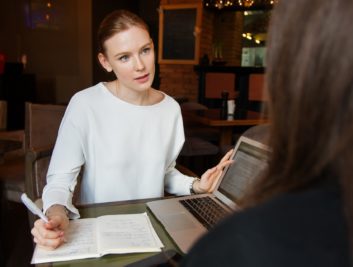 As senior executives look for the next generation of leaders within their firms, they want to know who has the raw material to become an inspiring, effective influence on their colleagues; who, if nurtured and developed, could truly make an impact on the culture and the output of a team and the company; and who has the potential to drive a shift in the firm’s future.

While these are stirring considerations, there are a hundred questions behind each one of these. How can one know? Are the determining factors entirely subjective? Is anything about people development predictable? What can be introduced into the equation to minimize risk and maximize potential? What role does the possible key leader play in her own development?

While there are no guarantees, there are five key signs, or attributes, that point to potential and ensure the best outcome. These are:

Is the potential leader ahead of the curve when it comes to stepping into an activity, role, responsibility or task?  Is s/he proactive or reactive? Recently, I walked into a session with a high-potential employee and said “We need to focus our efforts on X, Y and Z.” The response was “We just had a meeting about that. We have some ideas and wanted to get your feedback on our direction.” That person showed tremendous initiative, not only in identifying an issue, but in taking steps to address it. It’s worth noting that initiative might be something as simple as showing up five minutes early for a meeting and offering to help set up. Initiative says: “I'm more than just a participant; I want to be a contributor.”

“Vacuum Above the Head”

Six colleagues are sitting around the table. As Thad steps out to head back to his desk, someone comments that he is constantly performing above their expectations. Just like nature hates a vacuum, he is literally creating a vacuum above his head by delivering more value to the organization than his role normally demands. Someone else comments, “Thad’s been in this position for how long? We have a larger role, and we’ve been talking about who can fill that position. We’re hearing great things about him, and we should look at moving him into that role. There's so much more he could be doing.”

By contrast, “vacuum below the head” is when colleagues are surprised that someone has been in a role for a certain period of time and seems to have not yet grasped the basics. Chances are, that person may not have the qualifications to continue in that position in the long term.

Learning agility is the ability to learn various skills and processes combined with a curiosity and drive to learn as much as possible. In essence, this person can’t learn enough. In addition to quickly learning the basics of the role, this person begins to harvest information and knowledge outside of her specific area in order to bring knowledge back to the team. She’s feeding the team and, as a result, is becoming an influence, which is the next sign.

At its very core, leadership is influence. When a leader has an opinion, a view, a direction or a question, it ought to make a difference to others in the room. For example, when Maya speaks, people lean forward and listen, they take notes, they value what she has to say. Contrast this attribute with those who dominate conversations during meetings but do not add value. It’s not hard to observe how coworkers react and quickly see whether a person is an influencer or not.

Influence is even more evident through actions than words. When an influencer acts, others follow.

Collaboration is the natural overflow of influence. A true leader empowers others to become leaders as well. I enjoy watching leaders who, before they’ve even taken on a new role, are already bringing the next line of leaders along. They’ve been collaborating; they’re not seeking the limelight. They are constantly thinking “Who can I bring along with me? and how can I build a team?” And they reach across the organization to find others who think differently to learn from them.

It’s not a case of “all or nothing”

These five attributes work in concert. The leader who is ready for the next step shows initiative to overdeliver, has a hunger to learn, possesses a desire to share knowledge with others, and displays a potential for growth. This leader is having a positive influence on colleagues and is developing a reputation as a collaborator. While a high-potential employee does not necessarily need to display all five of these characteristics, my experience has found that at least three of the five need to be evident. Which three depends on the role and the organization.