The One That Got Away. Why Recruitment Doesn’t Stop When the Candidate says “Yes.” 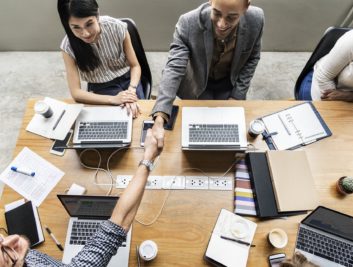 Who doesn’t love to check off a task when it is completed?  There is a weight off our shoulders, freeing up our time and energy to take on the next project with its planning objectives and timelines.  Once again, we dutifully we track our progress against milestones, and pay close attention until projects are completed. We can then check the box completed and move on to the next project.

When it comes to talent acquisition, however, take care to not check off the box prematurely.  Successful recruitment does not end once a candidate has accepted an offer. Instead, it must continue seamlessly until the candidate begins and is fully onboard. Otherwise, companies risk losing that perfect candidate.

In today’s tight labor market, it can take three, four, five and even more months to find a candidate who is the right fit. A 2019 retention report from the Work Institute indicated that on average, it costs an employer $15,000 when they lose an employee. In addition, there is the loss of productivity and profits associated with the vacancy and the added workload placed on employees who need to cover the gap.

But here’s another data point worth considering: The Work institute also found that 44% of new employees left within the first 90 days, which means the recruitment process had to start all over again. And delaying further productivity and profitability from the position being filled.

The risk of radio silence.

Imagine getting engaged and then hearing nothing from your future spouse until the wedding day. In many cultures, the engagement would not last. And yet, this is what often happens once a candidate has accepted an offer—companies go “radio silent.”

Coming off of the emotional rush of being wooed, this “dead zone” of silence is eerie. It can leave candidates feeling ignored and unwanted. While the hiring manager is focused on catching up on work that was neglected during the search, the “new hire” is left wondering whether the company has suddenly lost interest. Doubts about the organization’s culture, financial stability and whether the role is a good fit can creep in, and the candidate begins to lose interest altogether. This period of uncertainty leaves the door open for another company to swoop in with a better offer or for a current employer to make a counteroffer.

A case in point…

I recently worked with an engaging candidate who was articulate, passionate and knowledgeable about his business. Three prospective employers were eager to hire him. As his career transitions counselor, I spoke with him several times a week as he weighed his options. Ultimately, he chose the first firm that he was most enamored with from the start. He verbally accepted the offer and waited for follow-up paperwork.

Once the other firms learned that he had not yet accepted an offer in writing, they continued to pursue him. More than a week went by with no word from the original company, and one of the other companies ultimately made an offer that he simply could not resist. He accepted the offer from the third company and is happily working there today.

What companies can do.

While there are certainly no guarantees, there are steps companies can take to lessen the likelihood of a candidate backing out of an accepted offer.

As with all relationships, communication is a key part of forming a positive bond between a company and a new hire. Organizations that have a strong communication process in place from the beginning will be more successful in recruiting, in keeping the right candidate and in retaining existing employees.